One of the biggest differences between standard and pro-level players is the way high-ranked players use grenades as a part of their arsenal. If you are still doubtful about how to use the beloved "nades" properly, read on for a full walkthrough on this topic. 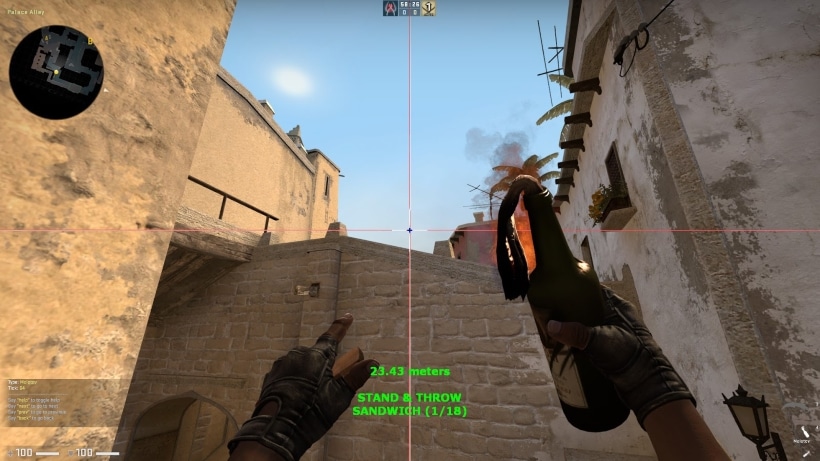 The Basics of CSGO Grenades – From Zero to Hero

You will find five types of grenades on Counter-Strike: Global Offensive:

Each type of grenade available on CS:GO serves an adequate purpose and must be used strategically:

Players can throw Flashbangs to blind opponents or make them take the opposite direction for a brief moment to get a better chance of shooting them straight. The duration of the blinding effect depends on the distance you’ve thrown the grenade and whether the opponent is facing the grenade when it finally hits.

If you want to distract the enemy, you can use a Decoy Grenade. These items are not seldomly purchased after the pistol round is over. Similar to Flashbang grenades, Decoys have a bouncing sound that can be used strategically to lure enemies into a trap or turn their attention from the real deal.

As its name suggests, a Smoke Grenade serves to smoke off certain areas of the scenario you are playing in. You can use it to smoke off a room or throw in multiple of these to make enemies run off a certain spot.

Both Terrorists and Counter-Terrorists can largely benefit from Smoke grenades on the offensive or defensive side in bomb sites.

HE grenades are offensive grenades, but they are not significantly effective against opponents wearing full armor. The best strategy to use HEs is throwing them at damaged enemies or using them against unarmored players on pistol rounds.

While a single HE will never kill an opponent with full health, your team can stack HE grenades around enemies to get instant kills.

Both types of Flame Grenades are used to set the ground on fire and damage opponents in the process. Despite being $200 more expensive, Incendiary Grenades are less effective than Molotov.

In addition to exploding mid-air, Molotovs ignore full armor protection. This is an effective and lethal way to set a bomb on fire and prevent CTs from defusing it while you can run around shooting opponents.

Simply buying out a handful of grenades and throwing them randomly will only result in absolute chaos. Grenades cannot be taken for granted on CS:GO. Use this short guide wisely and dive  deeper to become  a specialist in “nades.”